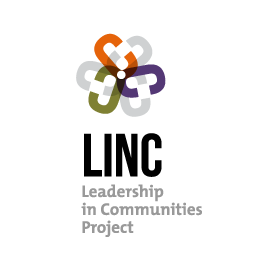 An evening of stories and discussion about the importance in Christchurch to be Upstanders, encourage inclusivity and respect diversity in all its forms.

This is a special LinC Activator event in collaboration with Christchurch City Libraries as part of The Children’s Holocaust Memorial.

About The Children’s Holocaust Memorial:

A unique, New Zealand-inspired and designed Memorial, education and learning experience honouring the 1.5 million children killed during the Holocaust. Accompanying the Memorial is a public programme of events that provides opportunities to inspire and empower individuals to stand against prejudice, discrimination and apathy.

Chris Harris joined HCNZ in 2016 as its National Director of Education, bringing 13 years of History teaching experience with him, before being appointed to the role of CEO in March 2019. His degree is in History with a particular focus on the treatment of disabled people during the Nazi regime.

In 2017, Chris was made a member of the Belfair Ambassadors group by the United States HolocaustMemorial Museum, a group that  is made up of elite educators in Holocaust education, Chris was the first outside of the United States to receive this honour and In 2019, Chris was awarded by Yad Vashem, Excellence in Holocaust Education which only five of these have been handed out in their History. He strongly believes in Human Rights education and advocacy, and the relevance of the enduring lessons and messages from the Holocaust for modern society.

Jo, Zahra and Rebecca are co-founders of Uniting Canterbury Women, a group formed after the terror attack in Christchurch on 15 March 2019. The group’s kaupapa is to unite Canterbury wāhine of all ethnicities, break down barriers, celebrate diversity and inclusivity, and provide a safe space where women can connect, communicate, collaborate, enjoy events, workshops and activities together, learn from each other, and work together to make a difference in our communities.

Jo Bailey is a writer, editor, publisher, writing coach, and social change activist. She is the author of four books, including Never Forget, a collection of six true World War II stories. She believes preserving historic stories is important, to ensure we remember the lessons of the past, and that sharing our present-day stories and life experiences helps to break down barriers and forge greater understanding.

Zahra Hussaini is a former Afghan Refugee. She lived in Ōtautahi since 2004. She is studying Graduate Diploma in Lab Technology and currently a list candidate for the Labour party. She is also a representative of Who is Hussain Christchurch, Chair of Lighthouse youth of Canterbury and Community Engagement Advisor for Canterbury Resilience Foundation.

Rebecca Parnham is trained as a social worker and worked predominatly as a social worker in schools and in family violence prevention. She has made empowering women and celebrating diversity her business. In 2016 she started Krama & Co., a social enterprise that sells hand loomed Cambodian scarves, called krama. The krama are sourced directly from weavers in Cambodia. The weavers are paid over market value and they run a village fund in which the weavers decide how the fund is spent but has a rule of following the UN Sustainable Development Goals. Since the 15th of March, Rebecca started the Giving Seeds of Love initiative which is working towards ‘growing meaningful connections on our planet’. It is about bringing people together and using craft as a form of therapy whilst making something beautiful, seeded hearts.

Tayla Reece is a youth worker based in Ōtautahi currently working as a Kaiwhakamana at VOYCE – Whakarongo Mai, the independent advocacy agency for tamariki and rangatahi in care. She is passionate about social justice, advocating for a fairer system, and celebrating our differences. She enjoys journeying alongside young people and supporting them to have a voice.

He uri tēnei ō Ngāi Te Ruahikihiki, o Ngāti Rongomai, ō ngā hau e whā e tuku ana i ngā mihi mahana. Aporonia Arahanga is one of the Events Coordinator at Te Rūnanga o Ngāi Tahu. Her role contributes to iwi aspirations through engaging directly with whānau and iwi stakeholders. This includes face to face engagements with these parties via tribal, regional, and national events ensuring the iwi is represented and that key messaging from the iwi is transmitted to these parties where appropriate. She is passionate about making connections within communities and finding new and exciting ways to engage rangatahi with the tools to learn about their own knowledge, and how they can utilise this as a strength.

Rose Cook is an Ōtautahi based youth worker, with a social work background. Her passion for providing a safe, compassionate environment for LGBTQIA+ rangatahi has led her to facilitate a number of LGBTQIA+ spaces within the city.

What is LinC Activator?

The LinC Project Activator has been designed to support community leaders across Canterbury with a speaker series aimed at inspiring and growing leaders in their communities. Each Activator event, had a different theme and focus, and offered amazing opportunities for discussion, engagement and learning. These public events are open to anyone ready to be inspired, challenged and motivated.